From wiki.dpconline.org
Jump to: navigation, search

A key to object relationships in the UML diagrams of this document is shown in figure C-1. 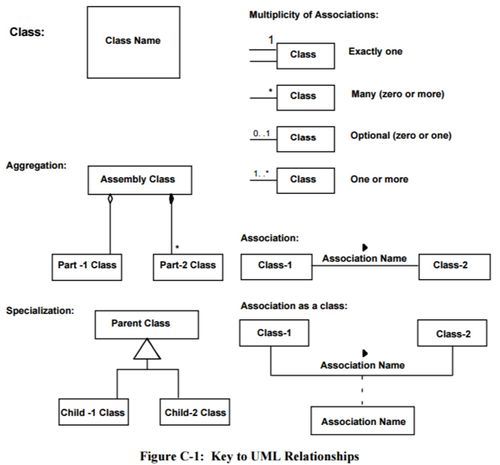 Classes of objects are related to one another through Associations, and there are various multiplicities that may be attached to these associations as shown. The multiplicity refers to the number of instances, or objects, of that class that are involved in the relationship.

There are two particular associations that are commonly used, aggregation and specialization, and these have particular symbols to indicate them.